Thank you for your patience while we retrieve your images.

While I was painting my series of faces, I found myself being intrigued by covering them and then uncovering them with different layers, gestures and textures of paint. In doing that, I realized that I was veiling them.

A veil is an emotionally charged piece of cloth, an article of clothing that evokes sensual, sacred, or political reactions depending on cultural, social, or historical context and individual interpretation. This cloth can protect or provoke, hide, disguise, secure or reveal, enhance or mystify individual personality. It also communicates identity with a particular group, but at the same time, it has a highly personal meaning to the wearer. In the West, a veil in white is associated with a bride, while in black with a widow. It can be made of silk, cotton, or wool and can be tossed, wrapped, draped, tucked, tied or pinned in hundreds of styles. Called a head wrap, headscarf, headdress, turban, or veil, a piece of cloth has been used to cover the head and sometimes the face in cultures worldwide for centuries.

My Egyptian Muslim memories of early childhood in Cairo include learning verses from the Koran and praying alongside my grandmother Soad. Being a good Muslim was about moral and spiritual understanding and practice. What one wore was insignificant to religious belonging and spiritual commitment. I remember my aunts following the latest fashions from Paris, which at the time included mini skirts and sleeveless dresses, and this choice didn’t make them any less Muslim. Headscarves were worn by some villagers, but were quite rare in the city. Decades later, due to sociopolitical and economic reasons, Egyptians’ interpretation of religion changed to focus more on outward appearances and rituals under the guise of being true to one’s identity of being and looking Muslim and not Western.

Particularly since 9/11, for many Westerners a veiled woman represents oppression and a highly visible sign of a despised difference. There is often a reaction to want to liberate, empower, enlighten; this assumption delivered with condescending sympathy. These kinds of responses have always made me bristle. At the same time, they have challenged me to share personal experiences and ideas in an effort to encourage inquiry and learning rather than assumption and judgment.

By painting different images of veiled faces and figures I am revealing a broad range of emotion that reflects the wearer’s great spirit, beauty, elegance, wisdom, mystery, connection, and strength regardless of that individual’s particular perspective or circumstance.
© Soad Kader 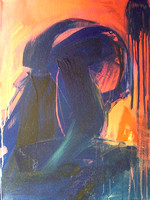 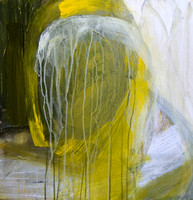 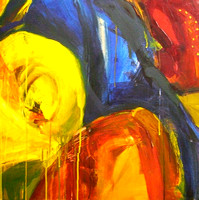 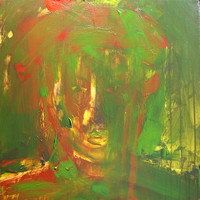 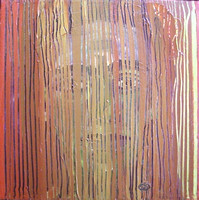 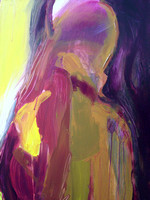 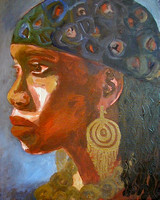 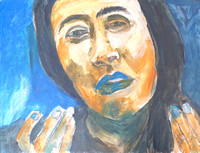 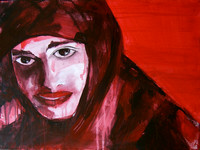 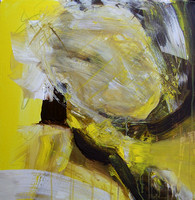 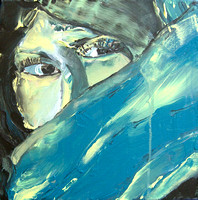 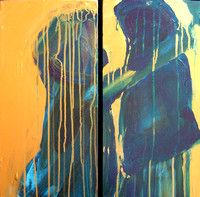 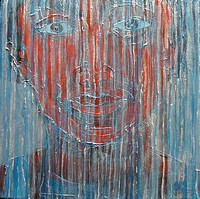