Thank you for your patience while we retrieve your images.

above the Nile, investigates the movement and flow of the river Nile and the patterns created as water embraces land while moving from source to mouth. Ink is the primary medium mimicking the qualities of water as it moves or is moved along the painting surface.


When looking at images of the Nile, I was most intrigued with aerial photos and maps. Nature, in its elegance and economy, repeats certain forms and patterns whether viewed on a microscopic or a macroscopic scale and in a myriad of contexts. Depending on the distance above the river (satellite, airplane, bridge) and how much or what part of the river I was focusing on, I was attracted to familiar patterns of branching, also found in the tiniest bacteria, or in leaf veins, trees, and even in our own hearts. I was also attracted to the shape of the Nile delta emerging as the Egyptian Lotus flower, one of the ancient symbols representing Upper Egypt and meaning rebirth.
© Soad Kader 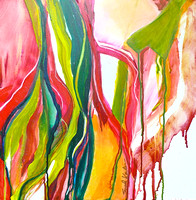 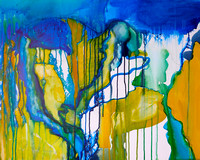 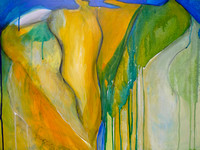 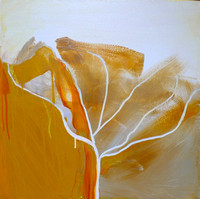 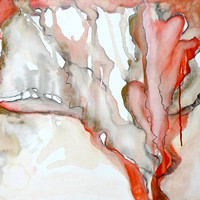 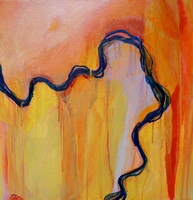